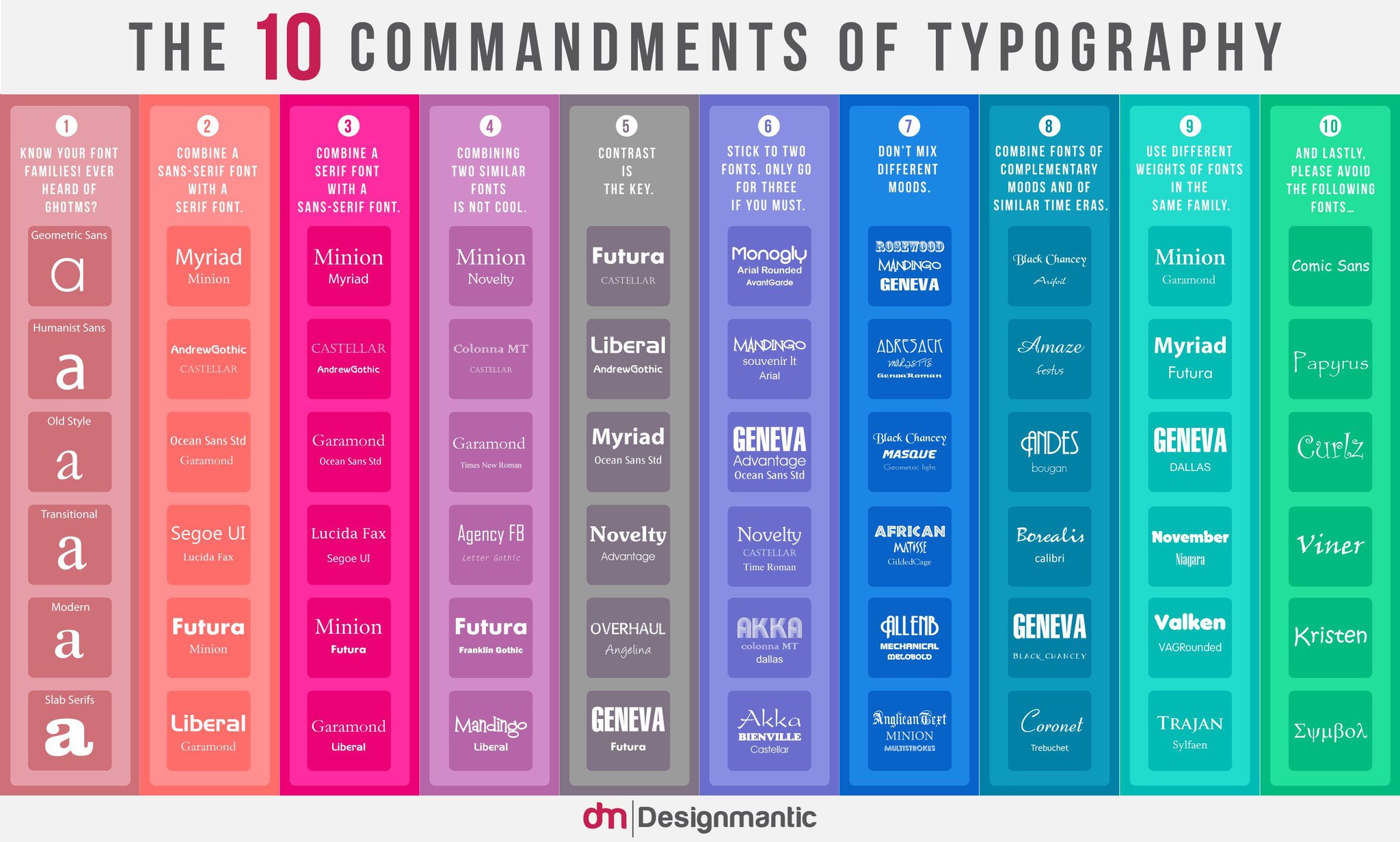 Typography is one of the most important elements of design, after all, with an unreadable font, a book or magazine would be essentially useless. The info graphic below details what types of fonts compliment others, the differences between weights, sans-serif and serif fonts amongst a load more useful info. Team the info from this up with the 10 commandments of logo design and you’ll be well on the way to logo nirvana. Credit to Designmantic for the artwork for this info graphic.

Request a quoteLog in to Insite