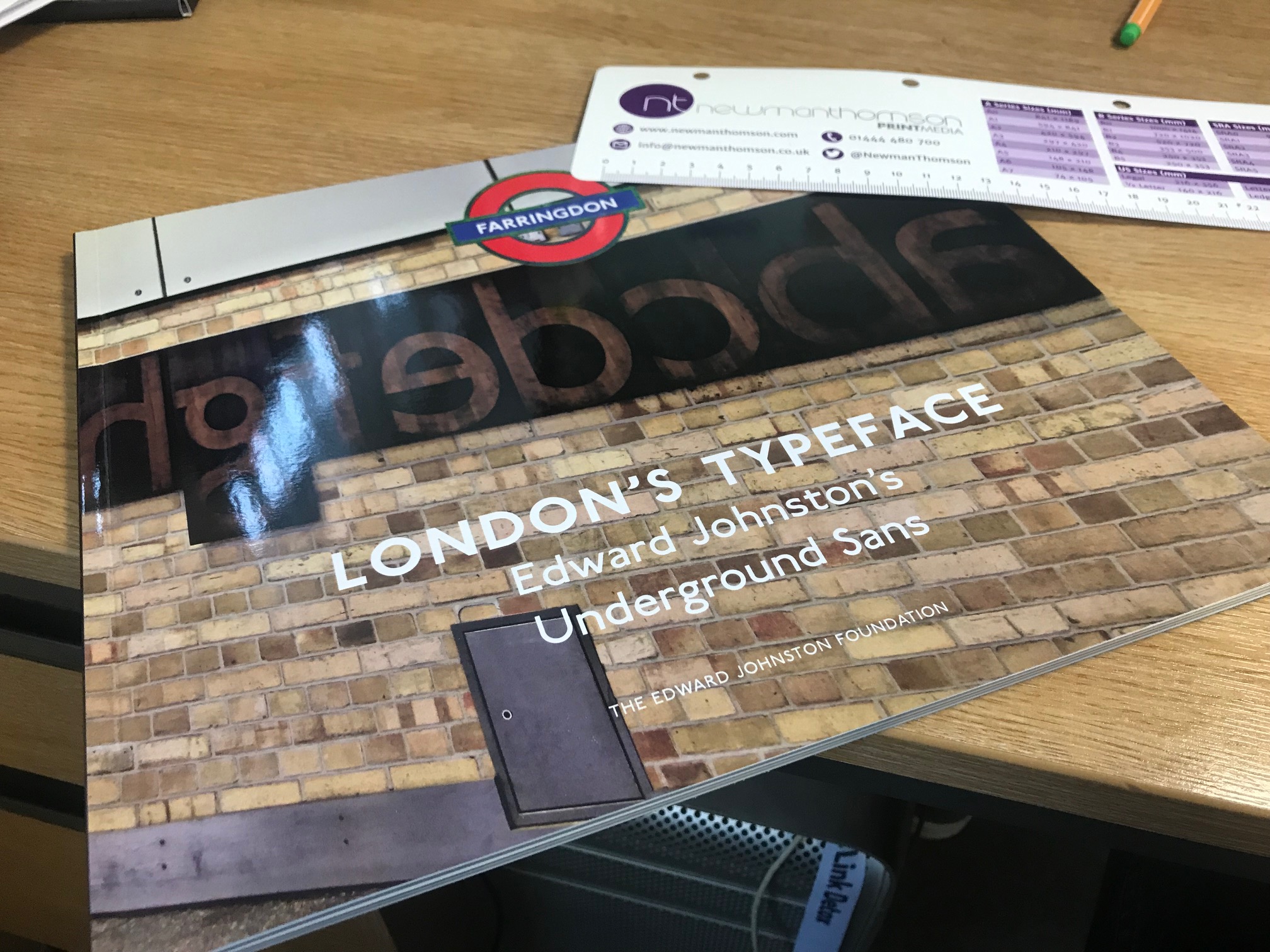 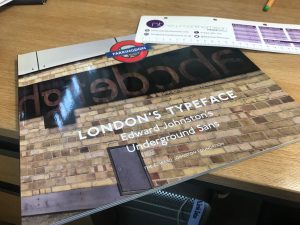 We were contacted by The Edward Johnston Foundation with a view to producing a book called London’s Typeface which celebrated the unveiling of a memorial to Johnston and his work in designing arguably one of the most famous fonts of all time, at Farringdon Station in July 2019.

Particularly poignant to us at Newman Thomson as the village of Ditchling which was the former home of Johnston is only 5 minutes down the road from our Mid-Sussex base, and up until recently was also the home to the writer of this post who has a particular interest in Johnston’s Underground Sans font, the stories which followed its development, and its close sibling Gill Sans, designed by the contraversial Eric Gill, former student of Johnston and also a Ditchling resident. Incidentally, the Ditchling village sign on the Green, which most people assume is made using Gill Sans, is actually using Underground Sans, hand crafted by local Ditchling blacksmith, Nigel Stenning.

Anyway, back to the book…

In brief the book covers the development of the Johnston ‘style’, the reinterpretation of the font as New Johnston by Eiichi Kono, how Edward Johnston became the father of modern calligraphy, the memorial at Farringdon station itself, and finally, the surviving heritage of Johnston’s work around the network.

All in all, a great read if you’re remotely interested in typography, and even more so if you have an affinity for the work of Edward Johnston. It’s a project we were really proud to get involved with, and the end result is the perfect coffee table book, or reference book for any budding design student.

Available directly from the Edward Johnston Foundation, London’s Typeface is yours for the bargain sum of £15.00 (plus p+p) we’d suggest you have a look.

If you would like to discuss book printing, or self publishing, then please get in contact with us here.

Request a quoteLog in to Insite