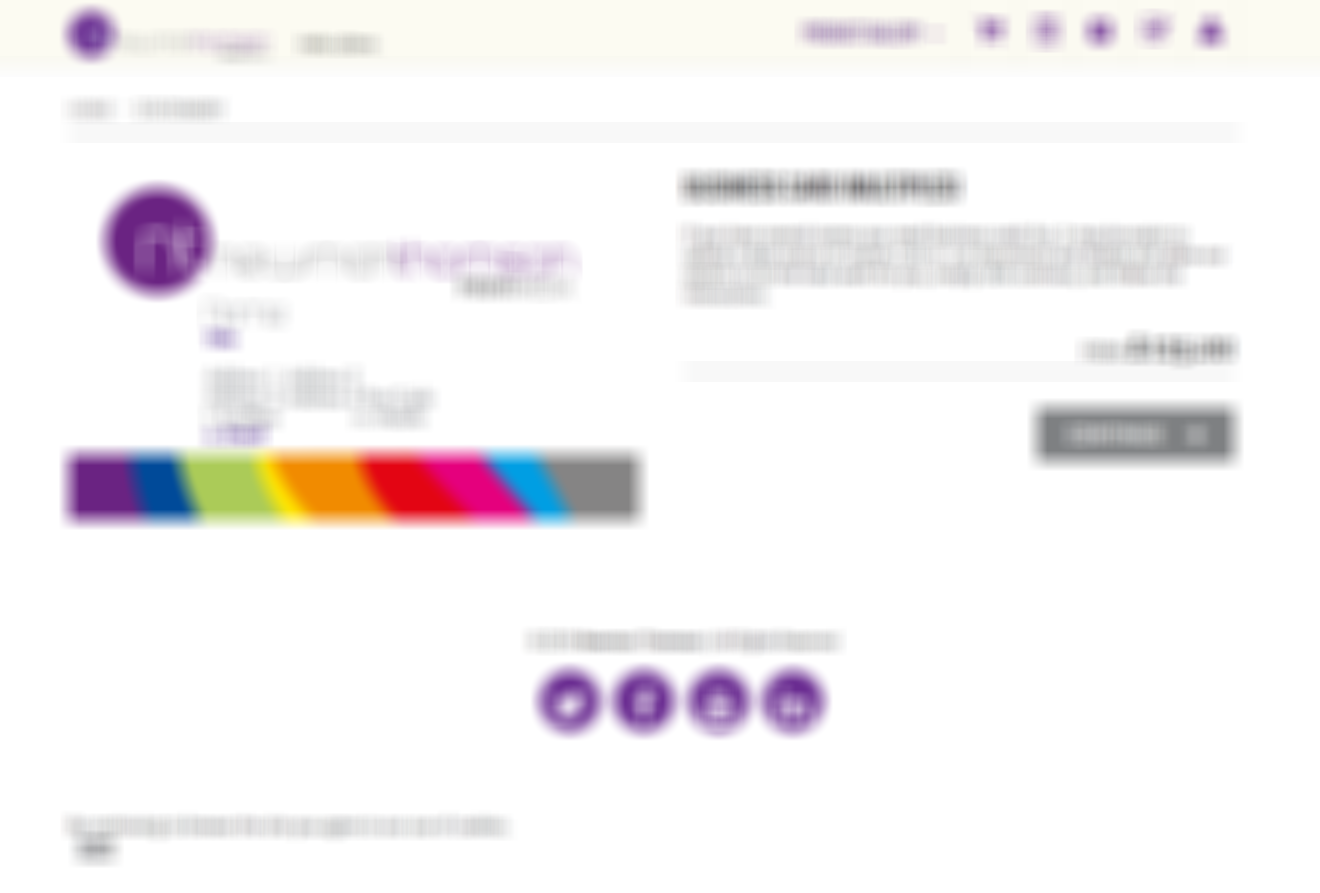 Having served most of my career on the client side of the bar, I must admit I was slightly sceptical about what web to print could actually offer. I associated it with the type of business that offered you 3,000 business cards for 10p, then charge you £30 for an artwork checking process (ironic being the disclaimers dotted throughout the site were quick to point out that any error was solely the responsibility of you, the user), you may well have had a similar experience yourself?

Upon my arrival at Newman Thomson I was tasked with looking into web to print and given the names of a few suppliers to begin my research with.

The usual suspects were all there, and the prices for their offerings differed widely, some using a item based charge (i.e. the more you sell through the site, the more you pay) some offered a monthly fee, with additional costs for extra storefronts and some offered a ‘one-off’ payment topped up with a monthly maintenance fee.

What was suprising that whilst these prices seemed to differ so wildly on face value, after a bit of work in excel, the difference in total costs/maintenance etc. over 12/24 and 36 months assuming the same number of products sold etc. all came to within around 10% of each other. What had appeared a bargain in the first place, wasn’t so much so if you started to do well with it. That’s not to say anyone was hiding anything, it’s just that none of the original proposals were written in a way that allowed me to compare apples with apples.

After several meetings with suppliers and end-users of the various platforms we whittled our choice down to three, and then fairly rapidly two options. With our choice made, it was a case of getting the necessary hardware (we chose to host our own server as opposed to being cloud based) getting the installs done, and arranging a convenient date for the training to begin.

Admittedly slightly nervous, I began to put into practice what I had been taught during my training, I knew InDesign like the back of my hand, I’m reasonably confident about coding, so there wasn’t much to lose, however what laid ahead was still a very very steep learning curve.

My experience and confidence began to grow and we started approaching customers with our new offering, perhaps because of my aforementioned scepticism, I didn’t want to go in selling simply business cards and letterheads, after all why would a customer who had traditionally been able to make a phone call, or write an email want to change to a system where they had no human touch points? I wanted to explore how exactly web to print could make a tangible difference to people.

In an environment where people are becoming responsible for more and more aspects within their roles, then perhaps there was a saving that was more than simply fiscal, and potentially of more value. Now, I know I initially said it was about more than business cards, and it is, but I’ll come on to that in a bit. Picture the scene (I don’t need to, I was there doing it myself for several years), you have a marketing department who whilst they could be working on new projects and developing new routes to market, creating exciting social media campaigns and so on, are actually spending quite a lot of time designing business cards, which then have to go to HR to be checked, then back to the marketing team if there is any amends, then back to the ‘client’ for sign-off, then somebody has to procure the print, raise an order, ad infinitum.

Thats quite a labour intensive process for such a mundane item, not to mention lengthy, it also involves more people than it needs to, people who could be spending their time more effectively.

So you have a process for a relatively low value (but nonetheless essential) item which has involved a minimum of 4 people, and probably swallowed a good couple of hours of said peoples time, for some £30 business cards, not terribly cost effective when the marketing team are supposed to be bringing money in to the company.

Where does web to print fit in here?

Initially we’ll need a PDF of said business card, that’s it, just a pdf, if you have InDesign artwork, even better, but a PDF is just fine.

From there we will design an editable template which keeps all the fonts, phone number formats, job title formats locked down, if you have multiple offices then they can be put into a drop down menu and the user selects the appropriate one. Whilst it may seem initially daunting, we’ve had great feedback on the ‘user friendly-ness’ of our system, and if you can send an email, you’ll have no issues with this.

In terms of adding the ‘data’ there are a couple of options, you can have a single entry form (where the end user would enter their own details), or a spreadsheet upload, whereby you can upload literally hundreds or thousands of users details in a matter of seconds, useful in the event of a rebrand or re-shuffle.

Once the data has been added, a live preview is generated, and the end user can see exactly what will be printed. It is usually preferable to have it sent over to somebody for approval, quite often the best person for this role (bearing in mind the artwork is locked down) is the facilities department as they will be signing off the costs as well.

If the artwork is approved it’s sent to the printers and delivered within a few days, if there are amends, the approver can message the end user with any comments.

That’s half the amount of people involved, watertight design and branding protection, and an awful lot of time saved. The initial account sign up for each user consists of entering an email address and specifying delivery addresses (usually from a preloaded drop-down menu), and takes roughly 2 minutes to complete, once done, all details and orders are remembered for easy repeat orders. So, half the people, a fraction of the time, and branding protection, thats before you get into the benefits of live ordering statistics enabling forecasting or more effective management of collateral.

Business cards are all well and good, and generally peoples first thoughts when it comes to web to print, but there is a lot more on offer.

Perhaps because of my time on the client side, I wanted to find more benefits to web to print, and work out ways in which my former colleagues could benefit. Having worked within the e-commerce sector previously, I have a slightly different view on how web to print should work, it shouldn’t be simply a portal where you can order stationery and other such items, it should be central to your whole stock management and ordering process. It doesn’t just have to be print items which reside on the store, other third party items can and should be on there as well, so if you buy printed umbrellas and hi-viz jackets as an organisation, why shouldn’t they be on there as well, the principal is the same, it’s a simple, easy to use system where all your collateral can be purchased/procured in one place. In the instance of a third-party supplier the ordering process from the end user point is the same, when the order is processed, the supplier is sent the order and it is produced and dispatched. Orders can be authorised by a central department, live stock levels can be implemented allowing you to call off items as and when you need and re-order automatically at pre-set levels, restrictions on who can order what can be put in place, as well as live reporting showing who has ordered what, and when. No more suprise POs for the finance department at the end of the month, no random variations in colours or finishes as everything is all ordered from a central source.

Whilst the above concentrates on the B2B/Internal benefits of a web to print store, it’s not limited to just that environment, as a small ‘copyshop/high street print shop’ it could allow you to vastly increase your offerings with minimal financial investment, as well as procuring work from your clients that might previously been placed elsewhere. The same can be said of the print management industry, a means to offer more to the client than just ink on paper, without having to invest large sums of money in kit. As a print management client, you may well want the store branded with your own identity, this is not a problem, and all products can be dispatched white-labeled with your own delivery notes if required.

As each project comes along, I learn more and more about the capabilities of the platform expand my level of skills and grow in confidence and experience, in turn allowing me to offer the end user more and more benefits, in the most effective and appropriate manner.

Recently we had a client who produces 10‘s of different brochures which are then distributed to their members (who are part of a buying group) who wanted the option display an MSRP with an option of 5, 10, 15 and 20% price uplifts. All this is driven by a simple excel sheet behind the scenes, meaning a price uplift on a whole brochure can be done with the click of a button as opposed to spending many hours adding the prices in.

Having worked on a variety of projects, one thing we’ve found is that knowledge is most definitely power, time spent discussing the requirements and expectations at the beginning of the project will reap huge benefits later on, it’s a lot easier to add options, and variables into a product at the beginning, rather than realise further down the line that actually, you do need a variable for a secondary phone number etc.

This is still only really scratching the surface of what is capable going forward to with web to print, if you’d like to find out more, would like to see a demonstration or have some questions then please don’t hesitate to get in contact with us, we’re more than happy to discuss it with you.